If you’re in San Diego and asking, “What is timing belt?” you’re not alone. Timing belts, also known as cambelts, are made from a thin material that holds together and synchronizes the camshaft and crankshaft rotations. Timing belts play a crucial role in how internal combustion engines work, ensuring that the camshaft and crankshaft are rotating in sync, so valves and pistons can work properly. Engine valves control the air/fuel mixture intake and exhaust gas and push the pistons down as fuel ignites in the combustion chamber. To do this, some Escondido cars may have a rubber belt or a timing chain. Learn more about what is a timing belt and how much does a timing belt cost with Mercedes-Benz of Escondido.

How Much Does a Timing Belt Cost?

A timing belt is vital because if it breaks, the valves won’t open and close at the correct time. The valves will hit the pistons and the car will need expensive repairs – up to or over $2,000 if the valves, water pump, and pistons are damaged. Even without damage, San Marcos drivers can expect to pay around $500 to $1,000 with parts and labor costs. Most car manufacturers recommend replacing the belt every 60,000 to 100,000 miles.

No matter if your car has a rubber belt or a timing chain, it’s easy to tell when there’s a problem. If you notice any of the following signs, schedule a service appointment at Mercedes-Benz of Escondido immediately: 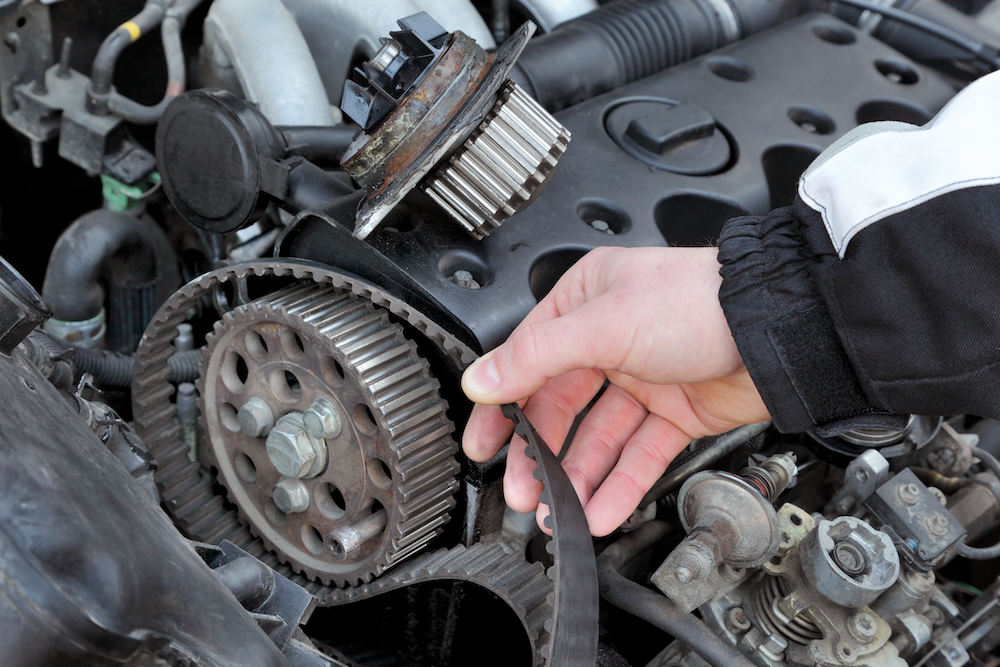 What’s the Difference Between a Timing Belt and a Serpentine Belt?

Serpentine belts are different from timing belts. An important part of your vehicle’s engine block, the serpentine belt powers your alternator, power steering pump, air conditioning compressor, and more, whereas a timing belt helps your car’s crankshaft and camshaft stay in sync.